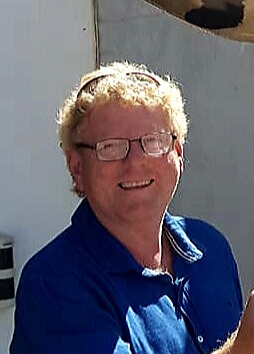 As if the stage has been prepared for him over almost two decades at Hout Baai Farm with its organically produced wines and environmental care, Johan du Preez, owner of the company River Runs Trading (RRT), has joined forces here as licensee and partner with owner and founder Ms Patricia Werdmuller von Elgg and her two silent partners in Sandton, South Africa.

This marks a new phase of evolvement for the unique Hout Baai Farm and Solara Wines and Vineyards enterprise on the outskirts of McGregor, in the prime Robertson Valley wine-growing area. It will harness the combined energies and expertise of Von Elgg and incumbent Johan du Preez in synergising the specialised wine production with environmental care on this very special tract of land – where she has established a wildlife population to balance the land and eliminate all unnatural elements.

Du Preez’s varied and colourful career, hailing originally from KwaZulu-Natal, features a valuable mix of spells, among others in challenging military endeavours, administration and business development in the fuel industry, and, ultimately, extended experience with the magical vinous liquid  – wine and its production, marketing and management.

He will be well-known by most role-players in the Cape winelands, as former CEO of Rooiberg Cellar, one of the country’s most prominent grape producer-owned wineries. That was for 23 years until 2019, when founding his own wine and spirit consulting business. This enterprise involves his own product brand, River Runs Through (RRT), and his successful engagement with Hout Baai/Solara and Ms Von Elgg, who he had known and worked with since 2004 via a former Solara-Rooiberg collaboration in the production of organic wines. During this time, she introduced him to her ‘caring’ farming style, with the backing of the World Wide Fund for Nature (WWF), a recipient of her support since 1975.

Du Preez’s remarkable endeavours in environmental care and nature conservation – especially by a pivotal role in the Rooiberg-Breede Conservancy that comprises 13 500 ha of natural veld under careful conservation – were material in the Cape Fox Trophy awarded to it for Best Conservancy in the Western Cape Central Area among 87 conservancies, which made him an excellent choice to perpetuate the Von Elgg legacy.

Du Preez’s role in the Hout Baai Farm operations involves full control of administration, finances, viticulture, farm activities, and sales and marketing of Solara Organic Wines. The latter, both locally and globally, and growing existing markets and engaging in and developing new markets – all in close collaboration with Von Elgg, who operates the farm from where she launched her maiden vintage Solara Organic Sauvignon Blanc in 2014 in collaboration with Rooiberg Cellar near Robertson.

Du Preez will also work closely with the current farm staff to train and develop their skills and knowledge of the wine industry and, of course, strictly monitor the intricacies and complexities of the farm’s unique brand of organic practice – made possible by Von Elgg’s connection with the animals, wild and domestic, and incorporating them in her viticultural techniques.

Johan du Preez sees these as the following:

Johan du Preez will be working closely with Ms Von Elgg “as mentor to embrace a learning curve in organic viticulture and farming” – ensuring 100% compliance and accreditation with the international LACON and SGS bodies and “embracing the organic principles to the full extent. The goal is to ensure that Hout Baai Farm attains complete self-sufficiency. To date it has achieved approximately 80%; it still relies on sea-bird guano and kelp seaweed extract for fertilisation.

Johan Jacobus du Preez was born in 1959 in the small town of Hluhluwe (KwaZulu-Natal) and grew up amidst three nature reserves, Hluhluwe, Umfolozi and Mkuze, adjacent to the St Lucia Lake Estuary – an inspiring experience that ensured a love for the natural environment.

In this tough part of the world, he lost his mother at the age of three and father at 16 – and learned to be streetwise, tough and a true survivor.

Primary school years were spent in Hluhluwe and high at Empangeni as a hostel dweller.

Setting his sights on commerce and business, he had to quickly learn to master the English language – hailing from an Afrikaans background and actually also speaking Zulu, this was a real challenge.

Two years in the military shaped and formed him to become an officer in the Defence Force, holding the rank of Captain, and taught him discipline and respect.

A year followed in Oudtshoorn on an officer’s course and then one year with a division in Northern Zululand, adjacent to Mozambique. He and his section were tasked with building co-operation with the local tribal chiefs, indunas and traditional healers (inyangas and sangomas) during treacherous times.

Then he was off to the University of Port Elizabeth, completing a BCom degree in 1983 – where he met Marietjie, another university graduate, who he married and had two children with.

His first employment in this city was at Vista University as an administrative officer and, being exposed to the academic world, inspired further studies.

Realising that he needed to work in business, he fell in with Saprotex International – producer of Penguin Hand-knitting Yarn in Fort Jackson, near East London.

In the meantime, he had enrolled part-time with Unisa and completed both Honours- and thereafter MBL degrees.

Du Preez’s dissertation in his final MBL year was on the transition of the oil industry – which paved the way to get involved in the petrol retail industry. Soon after, he was part of a group to successfully tender to operate the Engen Wineland 1-Stop gas station near Cape Town.

Living and spending time in and around Cape Town and close to the surrounding wineries, quickly changed him from beer to wine enjoyment and knowledge – “a magical and enchanting” industry that captivated him and it was “a natural migration from petrol to wine”.

In 1996 he was appointed as the CEO at Rooiberg Winery, Robertson – where the following 23 years exposed him to the larger co-operative wine industry with all its challenges, risks and opportunities.

He was fortunate to travel extensively to many countries, being exposed to the global wine and spirits markets.

Another ‘perk’ has been to reside in Robertson and actively engage and experience the exceptional people in the “Valley of Wine and Roses”.

In 2019, he left Rooiberg's employment and founded a consulting business, involving wine and spirits, as well as several other unrelated enterprises – allowing him to fully utilise his general management skills.

During late 2019, Du Preez registered his own company – River Runs Trading (Pty) Ltd (RRT) and started selling and developing his own wine brand, River Runs Through, and other licensed and contracted brands.

In March 2020, he successfully engaged Hout Baai/Solara’s Patricia Werdmuller von Elgg, who he had known and worked with since 2004.

Johan du Preez has been serving as a member of the Sanctuary’s Advisory Board since its establishment and inception in 2007, which has involved a close association with Ms Von Elgg and the the Sanctuary, its people and the donkey population. As part of her animal care initiatives, she was intrumental in introducing some donkeys from Hout Baai Farm and supporting the Sanctuary in various ways – e g  contributing finacially and buying and utilsing the donkey manure for a number of years.

Both parties strive for and embrace and share a vision of harmony between people, the planet and profit.

In his nature – a force in conservation

Johan du Preez’s remarkable endeavours in environmental care and nature conservation will be an invaluable asset at Hout Baai farm with its emphasis on organic wine grape production in harmony with all natural life on this farm that features a myriad of live creatures and abundant natural fynbos vegetation.

Not only did he grow up in touch with nature near expansive nature reserves in KwaZulu-Natal, but he has been involved in remarkable endeavours in environmental care and nature conservation over many years in his current home environment, the Robertson Valley in the Cape winelands.

He played a pivotal role in the  Rooiberg-Breede River Conservancy that comprises 13 500 ha of natural veld under careful conservation and was instrumental in this Conservancy being awarded the Cape Fox Trophy for Best Conservancy in the Western Cape Central Area among 87 conservancies.

While being employed by Rooiberg Cellar near Robertson and McGregor, an initiative between him, Dr Johan van Zijl (founder of the Eseltjiesrus Donkey Sanctuary at McGregor), and Mossie Basson (conservation manager at Graham Beck Wines and Graham Beck Private Reserve on Madeba Farm), gave rise to the formation of the Conservancy.

In close collaboration with the landowners around Rooiberg, it was decided at the time establish an official conservancy. Buy-in from about 25 landowners and the owners of both Rooiberg and Graham Beck Cellars, allowed for its establishment under the auspices of Cape Nature in 2006.

During the past 14 years, Du Preez has been instrumental in being involved as chairman, vice-chairman and treasurer. In the past five years and up to the end of July 2020, he took care of the financial position of the Conservancy, registered as a Non-profit Organisation (NPO).

Financial support and grants from the Graham and Rhona Beck Development Trust, The Wilderness Foundation and WWF, allowed for effective growth and expansion of the Conservancy and also the establishment of a mountain bike route through the area.

A strategic plan for the Conservancy was re-visited during 2018, which led to further funds being granted by World Wide Fund for Nature (WWF) and that, coupled with some own reserve funds, allowed for the appointment of a conservation manager effective from 1 March 2020.

Carina Becker was appointed on a two-year contract and will focus on further developing and entrenching a spirit of caring, developing and protecting the conservation efforts – the goal also being to grow membership of landowners around the Conservancy to the long-term benefit of all.