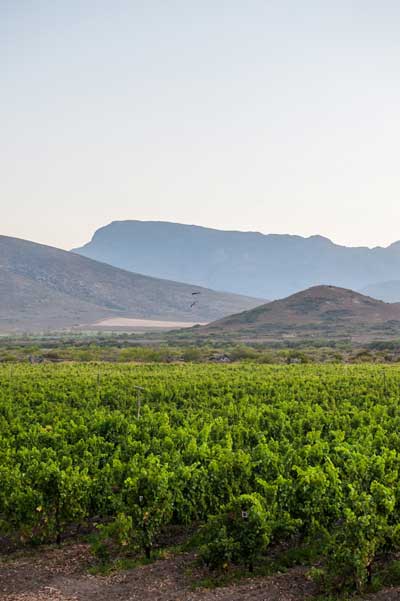 Patricia Werdmuller von Elgg, having previously lived in Prince Albert, purchased Hout Baai farm – situated just outside McGregor in an upland river valley, close to the Riviersonderend Mountains – in 2003 for the purpose of providing accommodation for needy domestic and wild animals rescued through her animal welfare efforts. She provides an animal welfare emergency service to the local community, free of charge for the disadvantaged. This includes the services of a qualified veterinary paramedic, Ms Delyth Jones, who is also her farm manager.

She was also instrumental in placing 15 donkeys for ‘retirement’ at Eseltjiesrus Mcgregor Donkey Sanctuary and supports them by supplying labour and raising funds. Hout Baai is actually also home to two donkeys, in addition to two head of cattle, six dogs and several cats.

On the farm she was immediately compelled to educate herself in viticulture at an advanced age – having previous experience in mixed farming in Mooi River, Natal, and in business and design internationally on three continents. This includes India where she was born. (See Patricia Werdmuller Von Elgg - Brief Biography)

She soon needed to have her crop vinified and Rooiberg Winery near Robertson started to buy her grapes for its own wine production from 2004. This led to an arrangement in 2008 whereby this winery processes Hout Baai’s grapes as organic, with full certification of the cellar, followed by Woolworths adding her bubbly to its range.

This cordial and fruitful relationship has resulted in Rooiberg producing the Solara Organic Sauvignon Blanc 2014 as a joint venture – with specialised inputs by their management and technical teams. 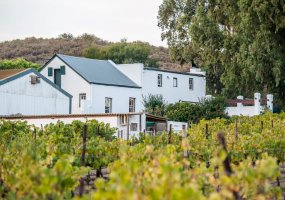 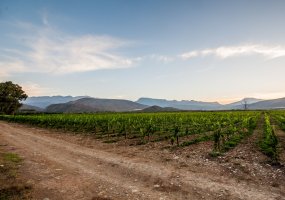